Exercise for the diet resistant 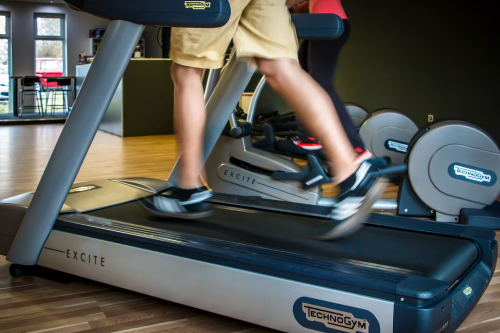 Exercise for the diet resistant

Exercise is a fundamental and super important key to wellness. Physical activity helps prevent diseases, it slows aging, and boosts mental function. It makes you look and feel better.

But despite what junk and fast food manufacturers suggest in their clever marketing, tying sugary drinks to athletes and the olympic games, exercise will not enable you to burn off all that many extra calories, and on its own – without a reduction on caloric intake – exercise yields less than expected weight loss.

We can’t really outrun the fork and out-exercise a poor diet.

Obesity isn’t an exercise deficit problem, it’s mostly an overeating and poor diet problem, Americans aren’t that much less active than they were a few decades ago, and exercise alone isn’t a weight loss plan, studies have shown. The calories burnt by exercise are at least partly compensated for, through energy conservation during the rest of the day and by a vigorous appetite and post-workout eating.

Most overweight people who try to lose weight don’t respond to exercise alone that much, but that doesn’t mean that exercise doesn’t help you lose weight. Exercise not only helps burn calories and keep muscle mass during weight loss, it also helps with improving your diet, as people who pursue fitness often find it easier to eat better – exercise often starts and perpetuates a virtuous wellness cycle.

And now, a new study in eBiomedicine, part of the Lancet, finds that exercise may play a pivotal role in weight loss for a subset of people. For these people, exercise isn’t just a few more “calories out” in the energy balance sheet – exercise actually changes their metabolism.

Most people lose weight when they reduce their caloric intake, but a subset of people lose much less than expected despite adhering to diet programs. The researchers looked at the clinical records of 5000 women, and identified the 20 percentile who were most and least sensitive to diet, based on their weight loss on a 6-week 900 calorie/day supervised diet. They then studied 10 diet-resistant and 10 diet-sensitive obese women among them. These 20 women were put on a closely supervised exercise regimen. Exercise included weight lifting and treadmills, and was done 3 times a week for 6 weeks. The women were followed by weight and body composition measurements, as well as blood and muscle function tests, and muscle composition studies, using a muscle biopsy.

Flawed one size fits all

The exercise training had minimal effect on the diet-sensitive women, but among the diet resistant women it changed body composition and muscle metabolism – it increased the mitochondrial content and metabolism in their muscle – and enhanced fat loss.

Besides offering hope for the people who find weight loss especially challenging, this study emphasizes that a personalized approach to obesity is warranted. “In cases in which diet-adherent individuals fail to achieve successful weight loss through caloric restriction, exercise may preferentially enhance their weight loss capacity by reprogramming skeletal muscle metabolism to enhance oxidative processes, consistent with our findings in biopsied muscle and derived primary muscle cells,” the authors write.

Exercise is recommended for every human out there, for fitness’ sake, and definitely for people trying to lose weight. It may play an especially crucial role for a subset of us, whose positive and weight-altering reaction to exercise is uniquely greater, and in which physical activity over-performs.

5 Medical Careers and How Much Education You Need for Each