The rise and rise of tempting flavor and calorie bombs 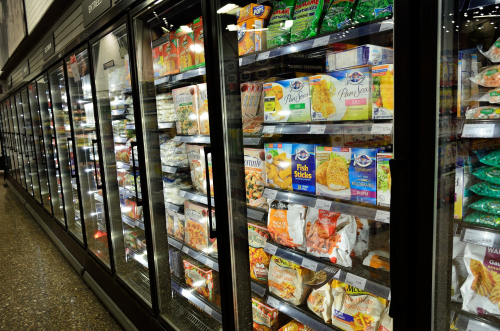 The rise and rise of tempting flavor and calorie bombs

Obesity rates have doubled in the US over the past three decades, and are now at about 42 percent. This rise follows a dramatic change in our food environment and our eating habits. Over the last few decades food technologists and food manufacturers have increased and popularized food products that are abundant, relatively inexpensive, calorically dense, and are what’s called “highly palatable”.

What’s highly palatable? A winning formula is one that combines sugars, fat and salt in a way that pleases our reward systems, giving us pleasure. The food industry has been busy making highly processed products from low-cost raw ingredients, and formulating them into super pleasing things to eat. They’re so pleasing that it’s hard to stop eating them – and we’re encouraged to never forget an opportunity to snack on them by massive and ever present marketing efforts.

A new study in the journal Public Health Nutrition examines just how much reformulation occurred in the past decades. While other studies focused on the rise in sugar in the American diet, the authors say theirs is the first longitudinal study of the spread of hyper palatable foods.

The researchers looked at the prevalence of hyperpalatable foods in a statistically representative US food system between 1988 and 2018 using three USDA and CDC food databases. Hyperpalatable foods were identified by criteria that look at the content and proportion of sugars, fat and salt in processed foods.

And the results: Hyperpalatable foods rose by 20 percent in three decades. Hyperpalatable foods now make up 70 percent of available foods in the US! The same grain food items were 50 times more likely to be hyperpalatable in 2018 compared to 1988. Foods in categories such as dairy and meats also went through reformulation, making them more exciting to the palate.

An interesting finding is that the biggest rise in hyperpalatable foods was in ones with extra fat and salt – these are meal items and savory foods, rather than desserts and sweets. This may represent the expansion in frozen and ready to heat meals.

The authors call for public health policies limiting the addition of fat, sugar and salt to processed foods to below the threshold of hyper-palatability.

Since that’s unlikely to happen anytime soon, the personal health solution is to minimize highly processed foods and prepared meals as much as possible. There’s a reason it’s so hard to stop eating highly processed foods – they’re designed to entice and to leave you wanting more, while at the same time giving you little nourishment.

In this food environment it’s no wonder vegetables and fruit find it so hard to compete for attention.